Yesterday’s topic inspired another idea for a blog post; that idea was to share my experience as I drove over 2,000 miles from Massachusetts to Calgary after being allowed entry as a Permanent Resident. I think sharing my learning curves is also worth mentioning.

While my husband is originally from the Ottawa area, he had moved out to Calgary two years prior to us meeting. During our dating/engagement period he made several trips down to Western Massachusetts to visit me. Sometimes for a couple of weeks, sometimes for a few months at a time. As you might expect, traveling over that distance does get expensive; he made the choice to stay with his grandparents in the Ottawa area to help bridge the gap and allowing me the chance to drive up to visit him.

When we finally received my passport with the Visa we could start making solid plans to pack up and decide on how we were going to get to Calgary. I decided to leave on the weekend after Thanksgiving (US/November) and I “landed” as a permanent resident at the Alexandria Bay border between Watertown, New York and Mallorytown, Ontario. Since my husband’s grandparents were only a 40-minute drive away, we stopped by so that he could pick up a few things and we could spend the night before making our long journey west.

Since we were in the winter season, we kept a close eye on the weather that was tracking from the west to the east. Calgary had just been hit with a massive snow storm, if memory serves me correct, I’m pretty sure it was a blizzard or what Canadians call an Alberta Clipper and it was making it’s way east across Canada. My husband’s grandparents suggested that we stay a few days to avoid driving in those harsh conditions. We agreed that was a good idea and we kept an eye on the weather and the news before heading out four days later once the storm passed us.

Just to give you a sense of time and distance:

The scenic mountain picture with the green trees was taken at Thunder Bay when we stopped for the day. The other picture is of Lake Superior as we still making our way through Ontario. Due to the lack of snow in both pictures, I suspect those were taken on our drive back 2 years later (in July 2011) after we learned NOT to drive on the Trans-Canada highway in the off season (many gas stations are closed) which is a stretch of highway mainly used by truckers.

The scenery through Ontario, beautiful with lots of green trees and a view of the Great Lakes for two days. Lots of steep hills and hair pin corners with plenty of places to stop, eat, refuel along the way (during the open season). It was a little unnerving driving through, knowing that your getting low on gas and hoping the next gas station would be open. Part of my nervousness stemmed from the fact that I was so familiar with miles/gallons and all of the signs were reading kilometers/litres and knowing that the gas gauge reading may not have been accurate as we were climbing steep inclines. Once you get into Manitoba the land gets flat as you’ve entered the Prairies. It’s pretty much the same in Saskatchewan except you can start seeing the Rocky Mountains in the distance as you get closer to Alberta and steadily climbing in elevation. All of a sudden you see city lights, lots and lots of city lights and the closer you get the more lights you see. That’s Calgary! After 5 grueling days of driving through the snow, stopping at hotels along the way, we had finally made it.

For anyone considering making the same journey, avoid traveling in the winter if you can help it. If you can’t help it, make sure your vehicle has snow/winter tires (I did not). Also, make sure you have plenty of windshield washer fluid, not just topped off under the hood, but have extra available because if the wintery slush doesn’t cover your windshield the large bugs will.

Anyway, that is all that I have time for today.

Thanks for joining me! 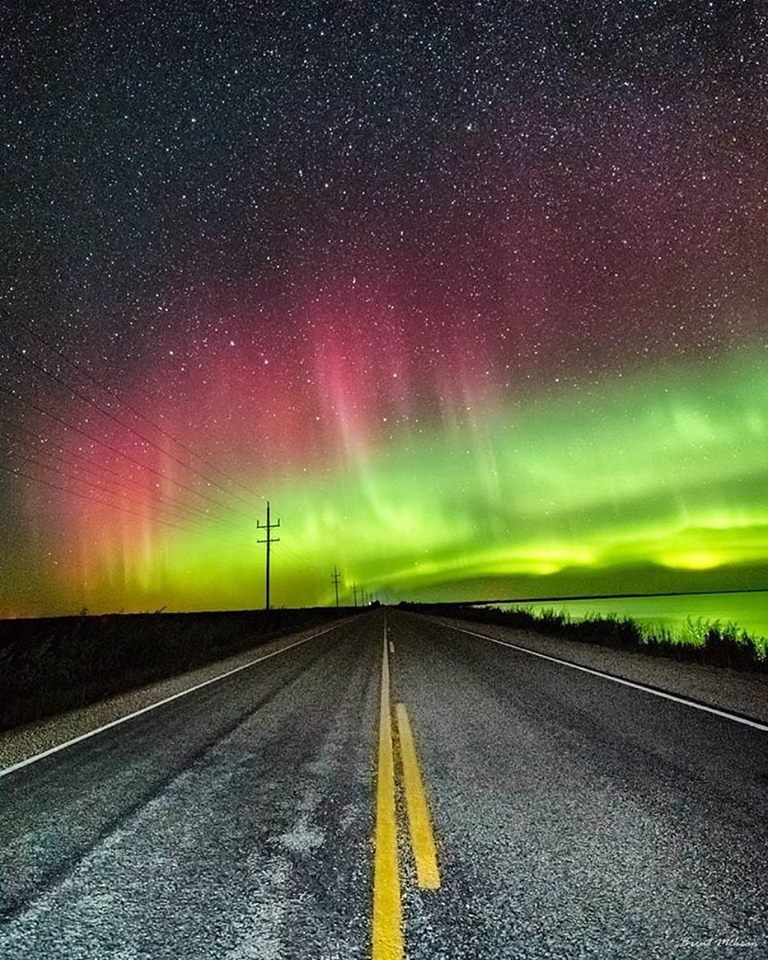