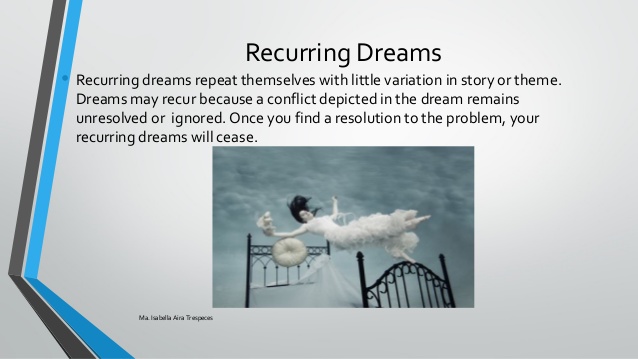 I’m just going to get right into this before the memory escapes me.

Those of you that have read my book will have a better understanding as to my refrences when I talk about the House of Chaos. What I do find a little ironic is the fact that I don’t recall ever having nightmares/night terrors about the sexual abuse that I endured as a child, but I have this recurring dream (down to one, there were a few) that keeps tormenting me after 20 years.

This particular dream when it appears, it plays out like a rerun on TV. The location is always at the house as I remember it (sometimes it looks different, but it feels the same in the sense that I know where I am) and the same people that lived there at that time are all making an appearance.

For those of you that haven’t read my book, I’ll summarize as to not give away an entire chapter. Perhaps a *SPOILER ALERT* is warranted.

Any mention of the house of choas refers to where I was living between the ages of 13 and 18 years old. I went from a great loving foster home to forced adoption that was against my will. This house of chaos was where my younger brother had been living/placed after we were put into foster care. This four bedroom house had 14 people, 4 dogs, 3 cats and a rabbit living there and ONE bathroom.

Back to the dream… The scenario always seems to play out in a similar manner that I experienced while living there. There is a younger girl (9-11 years old) that is the main source of my stress. She’s always banging on my bedroom door, or breaking the door in to which I’m constanly putting back up to keep her out or she’s interfering with my phone calls by unplugging the phone from the wall, picking up the other end and demanding that she wants to use the phone to call a her friend that lives a few houses down the street or just doing anything she can to annoy me nonstop. I never get any peace from her. The other adults in the house don’t do anything to defuse the situation.

While in the dream and in real life when this actually took place, yes I was older and bigger than she was, so why didn’t I ever knock her on her ass? She was mentally slow, while she was annoying as fuck and it took much restraint on my part to not get physical with her, I could not in good conscience assault her. Yes, she was completely aware as to what she was doing and she was an equal opportunity nuisance to everyone in that house. She was taken away as an infant and grew up in this house while her siblings got to live at home. I was the newest addition that she loved to torment. Even in my dreams, I would love to strangle her with my hands, but I don’t.

In this dream, I was trying to use my cell phone to log into facebook messenger to see if anyone had a spare room that they’d be willing to rent out to me, just so that I could leave. As these dreams typically go, anytime I try to use the phone to help myself, I either can’t get a signal, I keep misdialing the number I’m trying to call, the call goes through and gets dropped before I can ask for help and in this case, Facebook messenger wouldn’t load.

In reality, I was bullied into leaving shortly after my 18th birthday and I never looked back. I did attend the funeral of Mrs. Smith a few years after I moved out (the lady that owned the house and took me in). I went as moral support for my brother even though it was very awkward and uncomfortable for me to be there. I think there was some part of me that needed to see it for myself for the sake of closure. Otherwise, the only person I stayed in contact with is my brother. I have ZERO interest as to what happened to anyone else because they never cared about me.

I don’t know what is causing me to feel so emotional about this. I don’t know how to stop this dream/terror to keep popping up. The adult in me knows I’m far away from all of the horrible people that were living in that house. I haven’t seen or talked to any of them in 20 years, nor do I care to. Perhaps it’s the inner child that has unresolved issues. Luckily this dream isn’t popping up as often as it used to, but after 20 years I’d like to be free of it already.

Maybe the next time I find myself being tormented by the little girl I will take matters into my own hands, face the monster so to speak and break the cycle. That may be the source of my frustration… My inner child desperately wants to stick up for herself, but my better judgment (then and now) prevents that from happening.  This is the only solution/reasoning that I can come up with.  It’s difficult to distinguish dream from reality when it feels real, like I’m right back in the house of chaos reliving the same moments over again. I’m open to suggestion.

To be continued…. ~ Hannah